David joined SystemWare Europe in 2004, and after a short period as a Technical Security Consultant, he then took on the role of Technical Director in 2008. At the end of 2011 David took over the company reins following retirement of the previous Managing Director. Prior to joining SystemWare Europe David served for 25 years in the Royal air Force as a Telecommunications Engineer rising through the ranks to retire as a Flight Sergeant. David has served in several countries including Cyprus, The Middle East, Germany and the Falkland Island and in 1997 was awarded an AOC’s commendation for his work at 591 Signals Unit. David brings time served knowledge in engineering, logistics and security from first hand military experience. As an accomplished Quality Auditor David also fulfils the Quality Manager role for SystemWare Europe ensuring, along with his team, the company maintains its ISO 9001:2015 certification.

Mike has responsibility for all technical and programming aspects of ongoing and new contracts. Mike draws on experience from his Military engineering background and joined SystemWare Europe after a distinguished 11 year career in the Royal Air Force. As Operations Director Mike has guided the company through its strategic government contracts both domestic and in theatre. Recent renewal of these contracts has effectively provided SystemWare Europe with stability for the next 5 years. Mike has been with SystemWare Europe since 2008 rising from his engineering role to his current position.

Carl has been involved in the telecommunications industry for 24 years and joins SystemWare as Engineering Manager, heading up our installation team. Initially Carl worked on radio paging throughout the UK before progressing to data cabling and telecommunications. He was instrumental in early mobile phone networks installation proof of concept and associated line of site surveying.

Carl’s continued association and well-founded expertise with mobile networks has resulted in his involvement with installations at most major sports venues from football stadia to 2012 Olympic venues as well as top hotel chains, banks, retail centres and distributors. Carl is also an approved Latchways Safety System Installer.

With experience in National and International airport installations, Station Radios installation on London Underground and Fibre networks for DLR Carl will be a tremendous asset to the team. Qualified as a rigger/climber for more than 20 years his wealth of knowledge and skills will augment the team’s existing skills.

Jon joined SystemWare Europe in 2013 as New Business Manager bringing over 20 years sales experience backed up by proficiencies in dealing primarily with key OEMs throughout UK/European/Far East markets. His extensive knowledge of supporting tactical communication products such as HF/VHF/UHF Antennas and masts serving manpack/vehicle/base station applications are a valuable asset to the company. Prior to working in the field of Sales Jon served 12 years in the Army (The Royal Corps of Signals) as a Radio Relay operator engineering UHF trunk networks. Jon brings a wealth of experience to the company as a user and in the field of Sales to further support and expand the business of the company.

Charlotte joined SystemWare Europe in September 2014 fulfilling a fundamental administration role within the company. Charlotte brings key administration experience from her previous employment and is keen to further develop her ability. She supports senior management and works closely with customers, suppliers and agents in various administrative duties. Charlotte is keen to broaden her skill set and is currently studying an Access to Higher Education qualification with the Open University.

GET IN TOUCH
 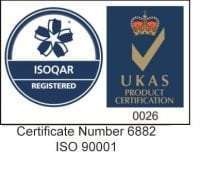